Because New Zealand has been isolated from every other country for many millions of years, wildlife has evolved almost independently of all other places and has specially adapted to life in New Zealand.

You will most likely live in a rural area, e.g. a farm where you can feed cattle and milk cows. New Zealanders love to be outside and you can expect that much of your family time will be spent in the garden, on the beach and on walks. You must expect to have to help in the house.

You will most likely go to a public school and have subjects like math, English, art and science. You also have the opportunity to study topics such as agriculture, film, digital art and outdoor life. According to TopSchoolsintheUSA, there are plenty of sports clubs, Maori cultural groups, choirs and drama clubs to attend.

New Zealand has three official languages: Maori, English and Sign Language. English is the dominant language in New Zealand as it is spoken by 98% of the population. It is very similar to Australian-English and New Zealanders speak very fast. Many Maori words are also used. It will be helpful to have a basic knowledge of English. You have the opportunity to attend English language courses at some local schools.

Many cultures moved to New Zealand during the 19th century, and the food is a reflection of the migration from European to Asian and Middle Eastern. Local food is known as the Pacific Rim and includes fresh meats, dairy and products inspired from around the world. New Zealanders tend to eat a lot of meat, but it is also easy to live as a vegetarian. Traditionally, New Zealanders love fish and chips, roasts and desserts like Pavlova; a meringue-based cake. There are plenty of cafes and it is common to eat out. You can even experience a traditional Maori feast, called a hangi . 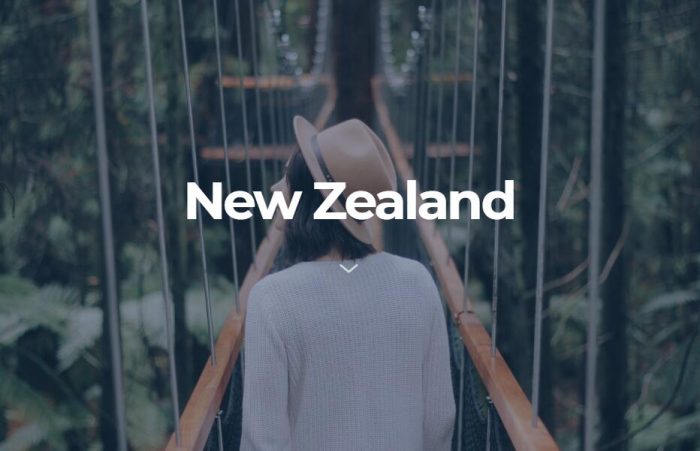