Salt Lake City
The friendly city with the spectacular location is named after the Great Salt Lake to the west with its undrinkable, alkaline water. Salt Lake City does not suffer from water shortages, however, because the metropolis, which stretches along the snow-capped peaks of the Wasatch Range to the east, gets first-class drinking water from the mountains.

Since 1847, SLC has been firmly in the hands of the Mormons. The historic Temple Square forms the center of the city. It is also home to the worldwide headquarters of The Church of Jesus Christ of Latter-day Saints – with the world’s largest genealogical library at the Family History Library. Mormon family trees dating back to the 16th century are stored here. Known far beyond the borders of the state is the Mormon Tabernacle Choir, which holds its rehearsals in the Mormon Tabernacle’s rectangular auditorium, built in 1867.

Also worth seeing is the Beehive House, the building that the Mormon leader Brigham Young lived in and which was built in 1850. In front of the house entrance is the 23 m high “Eagle Gate” which reaches across the street and weighs 1.8 tons and has a span of six meters. North of Temple Square is the Utah State Capitol, with a dome similar to that in Washington DC.

This is the Place Heritage Park gives visitors a glimpse of life in the state’s pioneer days. Here you can visit historical sites, ride the train and saddle up a horse for a western trail ride. Try out gold panning and gem digging at the interactive Treasure House exhibit.

According to allcitycodes, Salt Lake City has a vibrant dining and nightlife scene, where modern American cuisine and cocktails make for the perfect ending to a day outdoors. The city was named one of “America’s 5 New Foodie Cities” by Wine Enthusiast magazine. SLC is also known for its breweries Squatters, Uinta and Red Rock, as well as distilleries Sugar House and Beehive. A visit to hip neighborhoods such as Whiskey Street, Copper Common and Under Current is just as worthwhile as a visit to the ” Bar-X and Beer Bar ” by US comedy star Ty Burrell.

The Wasatch Front
Salt Lake City is located midway along the Wasatch Front, the 100-mile stretch of urban settlement in northern Utah. Made internationally famous by the 2002 Winter Olympics, the Wasatch Front is now home to ten ski resorts, vibrant cities and year-round, unlimited outdoor adventure.

Attractions here include but are not limited to:
Historic Ogden offers downtown visitors a thriving nightlife scene. Located at the north end of the Wasatch Front, one can enjoy local beers and regional cuisine.

For aquarium enthusiasts, a visit to the Living Planet Aquarium in Draper is worthwhile. Head south to stroll the gardens at Lehi and visit the shops and museums at Thanksgiving Point. Among them is the Museum of Natural Curiosity.

Provo and Orem, located at the southern end of the Wasatch Front, are ideal bases for Mount Timpanogos, fly fishing, hiking and skiing in Provo Canyon.

Railroad fans will get their money’s worth in Heber City : The approximately 26 km long Heber Valley Railroad runs from Heber City to Vivian Park. There are several old steam locomotives to admire here. The journey along the varied route takes around three hours.

Great Salt Lake
The Great Salt Lake is the largest salt lake in the United States and is a remnant of prehistoric Lake Bonneville. Depending on the weather, the area of ​​the lake varies between 2,600 and 6,000 km². The western salt flats, which stretch into Nevada, are so dry and hard that they have been used for auto racing for several years. On October 23, 1970, on the Bonneville Salt Flats, Gary Gabelich (1940-1984) set a new world record with the rocket car Blue-Flame with a speed of 1001.66 km/h, which he held for over 13 years.

Except for some algae and microscopic shrimp, there are no living things in the lake. In contrast, the 115 km² Antelope Island State Park in the middle of the Great Salt Lake is home to California bighorn sheep, mule deer, bison and pronghorn antelopes, as well as coyotes, lynx and eagles. The island park is approximately 40 miles northwest of SLC and is accessible via a causeway. Here you can camp, swim off the shore of the lake and take guided trips across the salt lake. West of SLC is Great Salt Lake State Park, which features a wide sandy beach, marina, and viewing boardwalk.

Park City
The popular holiday resort is about an hour’s drive east of the capital SLC, very close to the Wasatch Mountains. The townscape of the small town is characterized by the old wooden houses, which date back to the time when Park City was founded as a silver mining camp (around 1860). The most beautiful wooden houses stand on the photogenic Main Street. Park City is best known for hosting the Robert Redford Sundance Film Festival, which promotes independent feature film and documentary production and promotes innovative, off-blockbuster cinema. The festival takes place from mid-January to early/mid-February.

Park City is also well known for its ski area. Some disciplines of the 2002 Winter Olympics took place here. The local Park City Museum offers insight into the city’s history. 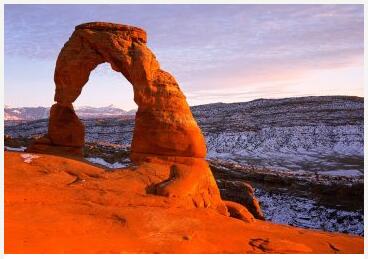