Coastless and sandwiched between Vietnam, Thailand, Myanmar and China lies Laos. The country is rich in natural resources and is in stable economic growth, but still almost a third of the population lives below the poverty line.

The economic upturn is mainly attributed to increased foreign investment and the transformation of Laos as a major supplier of natural resources such as hydropower, minerals and timber. Almost a third of the population lives below the poverty line and the proportion is even higher in rural areas. Famine is also a reality for two million people in Laos. Discrimination and exclusion of ethnic minorities, especially women and girls, is a major problem. The commitment to participate in decision-making processes is low and it hampers the possibility of realizing children’s rights in Laos.

The past year has been marked by politicians continuing to limit civic engagement by placing restrictions on the ability of international organizations to cooperate with local civil society.

Despite restrictions and limited room for maneuver, Plan International works for children’s rights in Laos, but we have no foster children in the country. Over the past year, we have focused, among other things, on ensuring that children from ethnic minority groups are allowed to go to school and that young people have a way to support themselves. In addition, we have had an extensive educational effort on water, sanitation and hygiene to reduce the incidence of waterborne diseases. 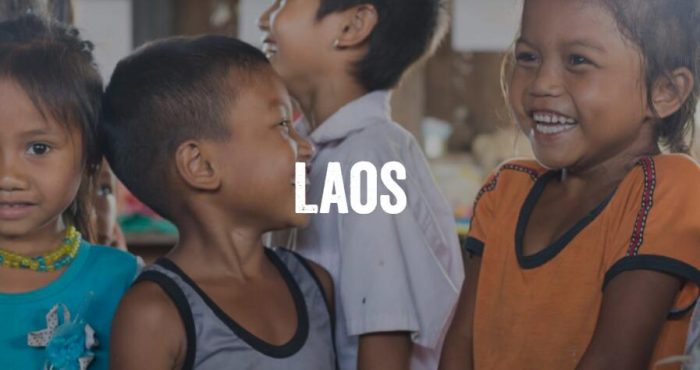 The book corner develops language and the desire to read

The children are very happy about the books, games and songs we sing in the book corner. As a volunteer, I support the children and hope that I can help reduce language barriers in the future.

Xeng, mother and volunteer in the book corner

Xeng himself belongs to the ethnic minority group Hmong, which mainly lives in the northern parts of the country. Unlike Xeng, many parents take their children to work instead of sending them to school. Hmong children often lag behind their classmates in school because of cultural and linguistic barriers, if at all. Plan International has therefore established reading corners in 30 communities where children have the opportunity to develop a desire to read so that they continue in school.

Weaving not only provides an extra income, women also keep alive a hundred-year-old tradition. It is also a meeting place where they talk and support each other.

Together with his younger brother and his mother, 16-year-old Phin lives in a small village far inland among the Laos mountain range. Until recently, she had only one income, namely the one from the rice farm the family owns. But that was not enough to cover the family’s costs. When Phin had the opportunity to take part in Plan International’s local weaving group where she and the other participants got to learn traditional weaving techniques, she jumped at the chance. Now Phin is using his creative talent to create a new life for himself. 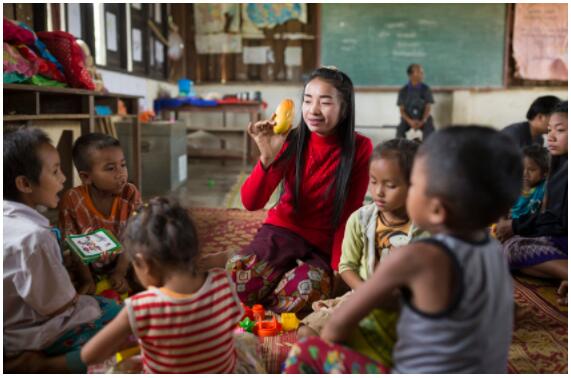 New path to the dream profession

Maiy and Sonephet have been friends since childhood. They shared the same dream: to become teachers, but their own time in school did not last long. Thanks to Plan International, the dream could still come true.

Many children in rural Laos do not go to school regularly and only a third complete the five-year primary school. Among girls from minority groups such as Maiy and Sonephet, it is extra unusual for them to start and finish school. Instead of getting an education, Maiy and Sonephet were forced to help their parents in the fields to provide enough food for the family.

It seemed most likely that the girls would follow in their parents’ footsteps and spend their days on the banana plantations next door. Plan International works to ensure that all children receive the education they are entitled to, and a school was therefore opened in Maiy and Sonephets village. The girls applied to become teachers and Plan International ensured that they received training. They learned to plan and set up a school day, to hold mother tongue instruction and to ensure that the schoolyard and classrooms are equal and equal. In September 2016, the two childhood friends started teaching and now they take care of 16 children in the village.

– The children learn quickly and we love to entertain them and let them discover new things. From the start of school until now, the development has been enormous. Previously, boys and girls played separately, now they play together, says Maiy.

Maiy and Sonephet give half of the salary to their parents and save the other for their own education, both still hope to study to be teachers and graduate one day.

– I admire my mother. She is so patient and has given her life for her family. I want to give back and take care of her as she took care of me, says Sonephet.

The parents are happy that their daughters have got jobs, it provides opportunities for a better future for both them and the children in the village. Plan International has supported ten schools in Bokeo Province and reached 300 children aged 3-5 years. 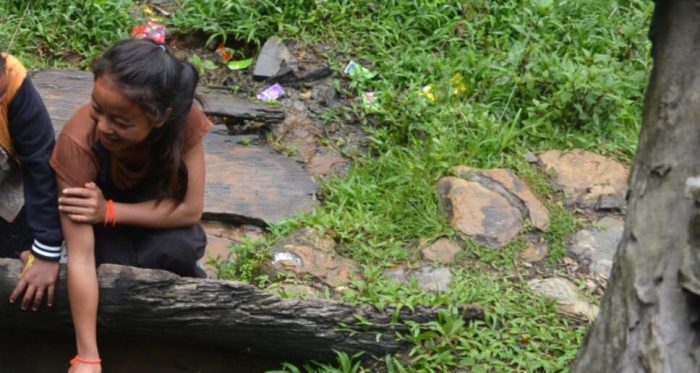