Peru and its sights are among the most famous places in the world. Almost everyone knows the Inca city of Machu Picchu. How about getting there instead of a 40 km long hike instead of taking the bus? And don’t forget Cusco, Nazca, Arequipa and the jungle.

According to militarynous, Peru has a number of attractions that must be visited in a logical way. We pride ourselves on being able to offer our customers these classic trips, but also something that makes your trip more authentic and personal.

During our extensive travels of the country and area researching hotels and excursions, we discovered some options that will allow you to escape the crowds for a while, be it a quiet lunch at a hacienda, a homestay or walk a private Inca trail.

Peru can be visited all year round, and the country has two main seasons. The dry season between May and October shows sunny days, clear blue skies in the Andes and cool nights. It’s a wonderful time to be in Peru. But early booking is vital in the high season. There will be more rain between November and March, with January and February being the wettest months. Traveling at this time has the advantage of having fewer visitors, greener scenery, and some lower prices on flights and hotels. Although the Amazon also rains heavier between November and March, this shouldn’t put you off – flora and fauna are still abundant and there are always showers.

At night it gets coldest with 13 ° C in August and September. The thermometer rarely falls below 20 ° C in February. While the nights in summer are averaging a pleasant 14 ° C, the thermometer drops to a warm 18 ° C at night between November and March. The temperature averages 16.2 ° C at night all year round.

The water temperature is up to 21 ° C in March, in July and August the sea has a maximum of 16 ° C. In the summer months from June to September the water is cool with an average of 17 ° C. Between November and March the values ​​are a cool 19 ° C. Over the year, the sea has an average temperature of 17.9 ° C.

With only 2 rainy days, August is the rainiest month of the year. From June to September Peru is very dry with an average of only 1 rainy day, winter (November to March) is extremely dry with only 0 rainy days. On an annual average, rain falls on only 0.6 days per month.

Seafood is a coastal specialty, especially the traditional ceviche, fish marinated in lemon juice, and hot peppers. The cuisine of the highlands is based on corn and potatoes, there are many nutritious and tasty soups and the main specialty is roasted guinea pig (“Cuy”). The most famous drink is pisco, a white brandy with a unique taste. Coca tea is made from an infusion of coca leaves and helps with altitude sickness. The most popular soft drink is the national establishment of Inca-Kola, a bright yellow drink that is probably best avoided.

Spanish is the official language and English is spoken in tourist areas. Many indigenous communities in the highlands still have the ancient languages ​​Quechua and Aymara as their mother tongue.

The Peruvian currency is the new sol. Change is always scarce. There are ATMs in the larger cities. Most machines accept all major debit cards as well as Cirrus and Plus cards. Visa and American Express are accepted almost everywhere (Mastercard to a lesser extent). If you wish to bring travelers checks, they should be quoted in US dollars rather than sterling, although the exchange rate and commissions are generally not as cheap as those received in cash or cards.

Tipping for good service is an accepted fact. Amounts are discretionary. 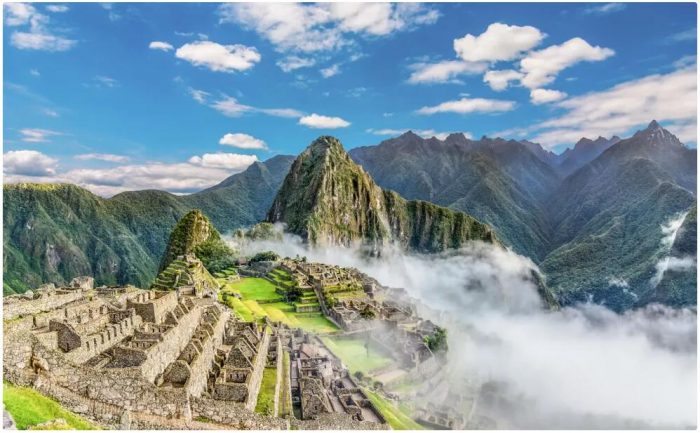